A few months ago Andrew and I were busy working on other projects/jobs.  This was just an idea.  Then we decided to focus.  Now the snowball effect is in full force.

Yesterday I was in Portland meeting fabric suppliers and doing in-store research.  This was eye-opening.  There are so many fabrics to choose from.  In general, it seems like Portland is undergoing a kind of renaissance with soft goods design, prototyping, and small run production.  Here are some pics from one of the textile distributors: 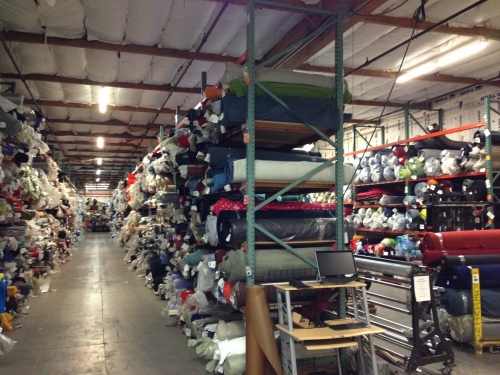 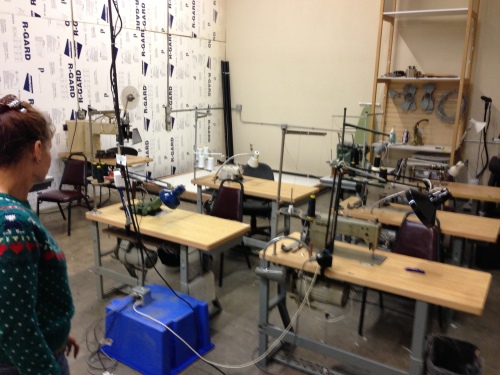 Visiting various outdoor stores, it’s obvious that the technical fabrics they’re using for packs are high specialized, and not something that we’ll find in stock from a normal local supplier.  It has been a while since I went backpack shopping, and I was blown away by how many crazy fabrics are in use and how much “bling” you can get on your pack.  I snapped a bunch of pics.  Here’s a few examples. 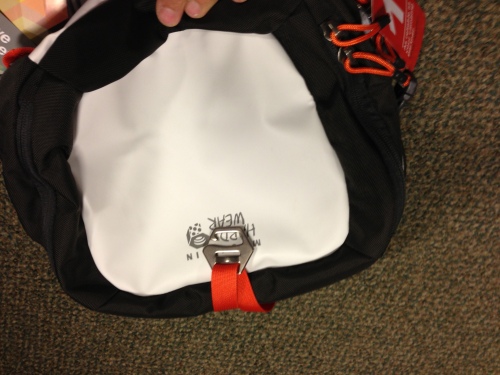 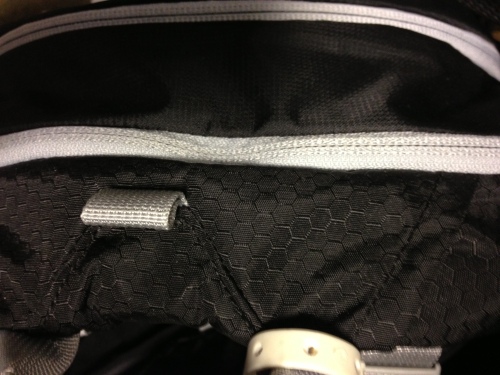 I particularly liked the fabrics that featured polyurethane or urethane coatings, which accounts for most of the “nicer” drybags for kayaking and cycling.  I bought a few to take with me to fabric vendors, but the vendors were unfamiliar with this fabric.  If we’re interested in that we’ll have to do some additional searching, probably working together with our factory.  Here are the urethane & polyurethane bags I bought as samples.

This week, in addition to the side panniers, we started developing our rear duffle and rackless pannier.  We want all three SKUs prototyped before we reach out to factories.  Having multiple SKUs will help us meet the fabric minimum orders, plus we’ll have a larger opening order for the factory, which will help attract a better partner.

The duffle will have backpack straps that tuck away into a hidden pocket when not in use, like this:

It will also feature molle panels for adding accessories.  Here we’re cutting some webbing with a hot knife for our proto. 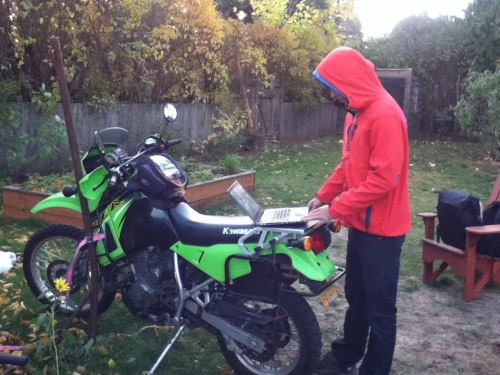 This week we also contacted some freelance motorcycle apparel designers to start on our riding apparel.  Motorcycle apparel is an extremely technical and specialized field so we’ll definitely need help.  On the one hand we feel like we’re just getting started witht he bags, so we’re biting off a lot of additional work by starting the apparel assortment simultaneously.  On the other hand we also know that it’s going to take 1-2 years to develop apparel, and 6 months from now we’ll wish that we’d started 6 months earlier.  So we’re going for it.  Here’s our first apparel brainstorming session: 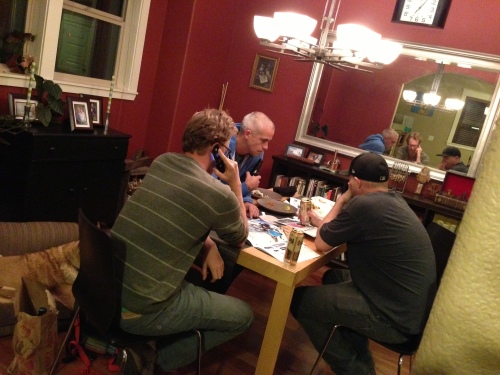 An interesting and unexpected bonus this week was a crash-course on addwords, SEO, and internet marketing from a close friend who runs a company that specializes in this.  It doesn’t have much to do with “designing,” but it was fascinating nonetheless.  I am sure this will come in handy down the road when we get to “marketing.”  It was cool to watch his dashboard with all the campaigns he is managing  as they updated in real-time with click-throughs and purchases.  Mad Men it was not. 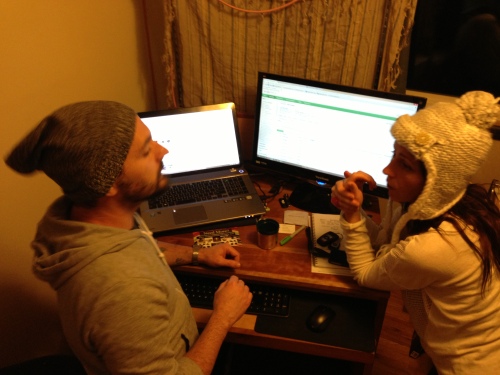 The ball is rolling.