We’ve been having some stormy/snowy weather here in the NW and the riding season is winding down. We got a big delivery of firewood last week and the stove’s been lit everyday. It’s downright cozy in here. 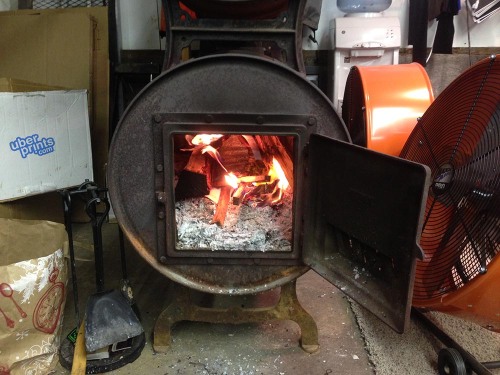 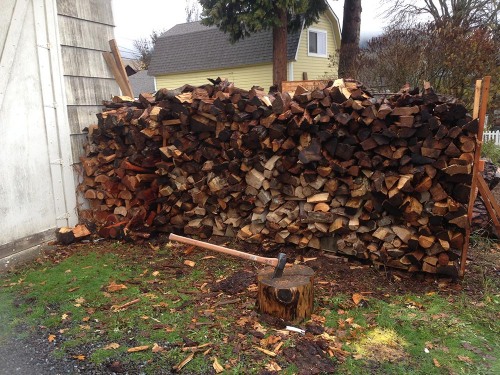 Orders are fewer in the winter, and Nicole (who’s been working part-time since Tiffany joined) has another business she’s involved with, so she’s going to focus on that over the winter and reduce her Mosko hours accordingly. We’re done with the summer rally/show circuit, so we unpacked the show trailer, put it in storage, and the remaining trailer inventory is going back to the warehouse next week. Our show stuff – flags, samples, etc – got loaded into the big Husky boxes we use to ship it around from show to show in the winter, and sent off to the Sacramento and Long Beach shows. 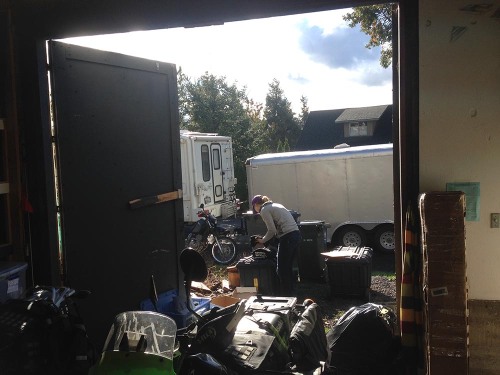 We’ll be at several motorcycle shows this winter but we’re not taking inventory to sell, because we’re flying in for those shows, so no trailer.  The Portland and Sacramento shows already happened. In addition to those, this winter we’ll also be attending:

Come visit us at a show! Andrew is working the Vancouver show. Dusty is working Long Beach, New York, Chicago, and Cleveland, I’m joining him in Long Beach. After that, in March/April, we’ll load up the trailer again and the whole traveling circus starts over.

Big thanks to Glenn Manning who’s showing our Backcountry kit at the motorcycle show in Sydney, Australia this weekend!!

We’re finalizing our 2016 production order now. The redesign of the Backcountry wedge/frame as a molded piece and the redesign of the Reckless 80 as a 3-piece system took up a bunch of development time, plus we had a private label design project that kept us busy for a good chunk of the summer, so the tank bag and tool rolls won’t be ready for a spring 2016 launch like we originally hoped. We’re working on them now, planning on a late season or 2017 launch. For 2016, we’re using what we learned in our first full year in business to make sure the Backcountry and Reckless systems are solidified, perfected, and continually in stock starting next spring. We’re setting up for a big launch in 2017, which will include apparel as well.

Last time we checked in on this, we were testing the 3D printed versions of the wedge/frame, and making final edits. Since then we paid for the new molds (~$25,000, which is a lot of money for us). They’re currently being manufactured and we’re expecting factory prototypes in December. We’ll order materials right away, take a few weeks to personally test the prototypes, make final tweaks, and start production when the materials arrive in January. Originally we hoped to have our bag factory do final assembly, but there’s no time left, so we’ll do another big assembly run in Portland next spring.

We received our new Reckless 80 prototype and it’s basically perfect with just a few small changes left to make, which we hope will not require another prototype, because that would almost certainly delay production.

Unboxing and inspecting the new prototype this week. There’s always this feeling of nervous anticipation when we open a new box of protos…

All the connection and compression straps are now doubled over the edges, and the ends are hot-melted.  Some of the subtle construction changes we made in this version. 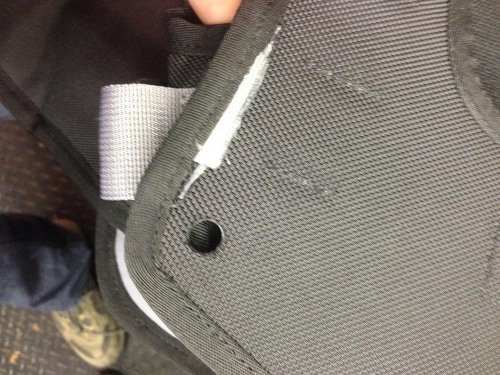 The primary change we want to make is at the spot where the center harness meets the side legs. There’s a small area where the top harness rubs on the side leg.  The legs in this version were a little shorter anyway, so we’re just going to make them longer to fix this.

For the internal drybags we’ve been looking for a new welding factory, and we have a good contact to one in China that does some really nice work. They have our redesigned leg/rear bag specs/samples and they’re working on first prototypes, but it’s not clear whether we can get the production done in time for Spring. We may go ahead and order R80s with the same drybags as last year, and then when the new ones are ready, we’d swap out the old for the new.  That, or maybe just ship two sets of drybags with every R80.

The new drybags will be welded with molds instead of a hand-fed welder, so they’ll be a lot cleaner. Also we may be able to introduce some color options as well, depending on material MOQs. We’re currently thinking we’d do a majority in grey, then a small run of orange and blue as well. Orange and yellow – the high vis/warning colors – are obvious choices, and are standard fare for moto bags/gear. Ideally we’d like to try something different, although we’re struggling with that a bit, because orange and yellow both look pretty cool.

A couple samples from the new welding factory. You can see the high quality of the welds on these bags. Really clean. 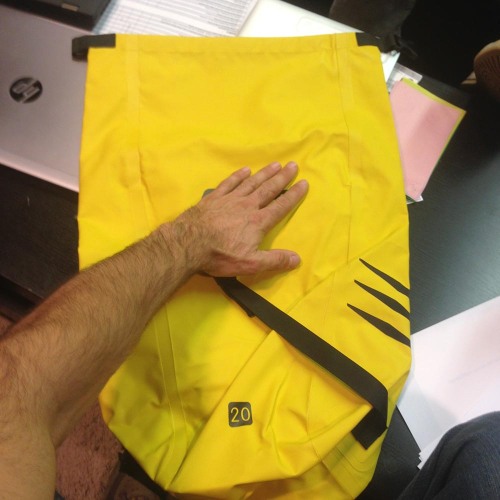 Looking at color options next to the new R80 sample. 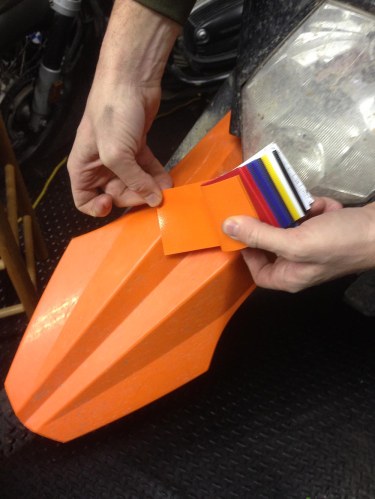 We got our first sample of the Cinch Straps back and they look awesome. More on these in a future post.

Lee spent a bunch of time in Portland finishing up assembly of our production order from last spring. This is the last batch of product we have in stock, so when this sells, that’s all we have until spring. Stock status is pretty good on most items at least through the end of the year, except the Reckless 80, which is still sold out. After New Years we expect things to start selling our sporadically. 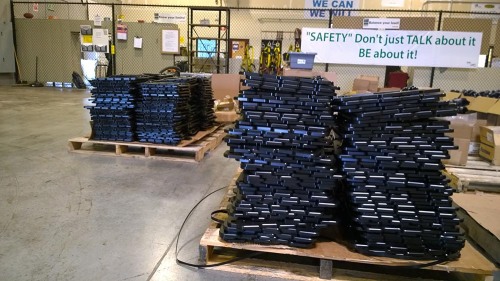 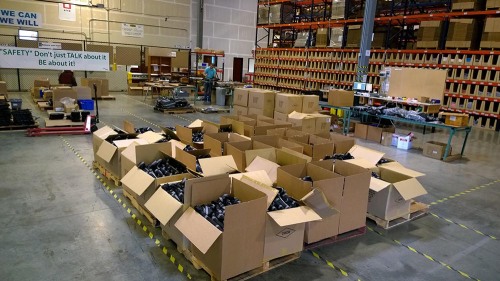 We’re anticipating a price increase for 2016. Definitely order before the end of the year if you want to save a few $$. The biggest increase will be on Backcountry panniers.

I’m planning a trip to West Africa this winter. The idea is to land in Accra, Ghana, figure out some kind of a bike (probably a small local bike) and explore. I’d like to visit some nearby countries like Cote D’Ivoire, Togo, and/or Mali. If anyone has contacts in that area – especially in Accra, Ghana – they would be much appreciated. I’m still waiting on visas, but assuming those come through, which they should, I’ll be leaving in January. Planning to take the new Reckless 80 on that trip since I have no idea what kind of bike I’ll be riding. With the new three-piece design it should be a lot easier to fly with.

Oh yeah, we got a new-to-us (donated) fridge this week. We’ll fill that bad-boy up with beer & whiskey to get through a long, cold winter. Thanks Matt Loikkanen!!